By Jen PaiceDecember 22, 2021No Comments

A total of 2.99 million recent job seekers over 50 (52%) believe their age has made employers less likely to hire them, according to a new report[1].

Over half of over-50s (52%) who have searched for work in the past five years believe their age made employers less likely to hire them. Perceptions that they are ‘overqualified’, too close to ‘retirement age’ or more expensive have hampered their job search.

Significant disadvantage
The ‘Working Late: Over-50s and employment’ report found that 46% of job seekers aged 50-59, and 64% of job seekers aged 60-69 felt their age put them at a significant disadvantage when looking for jobs. These findings come during the ninth annual National Inclusion Week, designed to celebrate everyday inclusion in all its forms.

In addition to finding age to be a barrier in their job search, other common experiences facing over-50s included feeling overqualified for the jobs they identified (37%), believing their skills did not meet the standards required in today’s workplace (35%) and encountering unsuitable hours and a lack of flexibility in working hours or location (33%).

Generational skills gap
Actual or perceived closeness to retirement was also stated as a reason that employers were less likely to hire them (11%), as well as actual or perceived generational skills gap (8%). Less frequently, respondents noted that some job offers have implicit or explicit age restrictions biased towards younger workers, and that they have found the ‘cultural fit’ emphasised by businesses to be exclusionary. A final common theme identified in the responses was the perception that businesses can hire younger workers more cheaply.

In terms of driving factors for why over-50s were searching for a job, 29% stated it was wholly financial, whereas 26% stated that their search was driven entirely by other aspects, including life satisfaction as well as social and mental health benefits. The majority of respondents stated their motivations were equally financial and non-financial, an issue that did not differ within age subgroups. 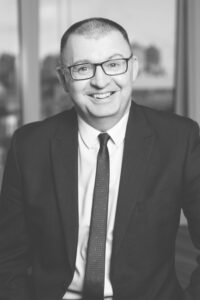 If you have any questions about this article get in touch via our contact form, or if you would like to speak directly to one of our advisors please don’t hesitate to contact Waverton Wealth Manager, Stuart Lamont.

Source data:
[1] ‘Working Late: Over-50s and employment’ – Over-50s in the labour market: a report for Legal & General Retail Retirement (LGRR) and the Centre for Economics and Business Research (Cebr). 2021. Opinium survey of 2,000 over-50s in the UK, ONS Labour Force Survey and ONS Wealth and Assets Survey.

Content of the articles featured in this publication is for your general information and use only and is not intended to address your particular requirements or constitute a full and authoritative statement of the law. They should not be relied upon in their entirety and shall not be deemed to be, or constitute advice. Although endeavours have been made to provide accurate and timely information, there can be no guarantee that such information is accurate as of the date it is received or that it will continue to be accurate in the future. No individual or company should act upon such information without receiving appropriate professional advice after a thorough examination of their particular situation. We cannot accept responsibility for any loss as a result of acts or omissions taken in respect of any articles. For more information please visit www.goldminemedia.co.uk